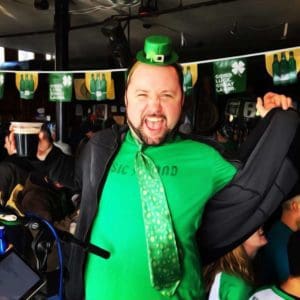 Ryan McHugh has been playing professionally in and around the Boston area for 9 years. Using either the Gibson Hummingbird (acoustic), Gibson SG, or the Nashvill Telecaster Deluxe, Ryan plays and sings an eclectic and wide range of cover tunes from modern rock to classic favorites. On a typical night, you might see Ryan go from playing Fuel to Tom Petty to Dave Matthews to Prince to the Goo Goo Dolls to The Doors to Weezer to James Brown to The Strokes to Stevie Wonder to Sublime etc… After attending Berklee and playing with the Joe Merrick Band as lead guitarist from 1997-99 (Allston, Fanueil Hall, Worcester) Ryan began playing and recording with Junction 18 and Sunset Is A Battle (original rock bands). After doing three U.S. Tours with Junction 18 (Fearless Records) and recording six albums between these three bands, Ryan started getting lots of solo acoustic gigs, with one of these recordings was used on this year’s (season 5) season finale of “The Sopranos”.