hosting the best parties since 1975

One Pelham East and the Top Of Pelham are rooted in history! Not only are we located on the first street in the United States to be lit by a gas lamp, but we were also originally built in 1890 by a local architect. The building has been home to a variety of businesses in town. Between the years of 1890 and 1930, we were home to a pharmacy, a local bank, and even a moving company. With only 40 years of existence, we were already making history in town. In 1930 this history almost ended as our right neighbor, who is today the Ryan Family Amusements Arcade, caught on fire and burned the building down to the ground. Even though it was a close call, our building was able to stand tall without any damage. After surviving this hiccup, the building was purchased by Murphy’s Market, who happily operated and served fresh food to our town for 20 years.

BEFORE ONE PELHAM WAS BORN…

In 1950, the Naval Justice School relocated to Newport, Rhode Island, which boomed our local economy. With this, our former owner, Kay Davis, embraced the opportunity of creating a business that appealed to the dominating audience in town. She purchased the building, acquired a liquor license, and transformed the building into a Country and West Strip Bar. Business was skyrocketing to the point where Kay extended her liquor license to the second floor and turn it into a Cigar Lounge. This room is today our Mid Gallery room, featuring a beautiful harbor view and an open floor concept available for private bookings.

Newport was booming through the years of 1950 and 1970 as establishments such as the Newport Jazz Festival, Newport Folk Festival, and Tennis Hall of Fame was established in town. Although, 1972 came around the corner and our fortune changed as Richard Nixon was re-elected and pulled out the NAVY Academy station from Newport in 1973. Some say it was a strategic military decision; others say it was “pay-back” since Rhode Island was one of the only states who didn’t vote for his re-election. Regardless of the reason… this change had a big toll on our economy. Not only did the state lose 21,000 jobs, including 17,300 military personnel, but the real estate value of our region, dropped tremendously. The glory days were over for Newport.

During this downfall, the famous Country West Strip Bar on Pelham, also felt the hit of Nixon’s political decision. Realizing things weren’t getting any better, Kay Davis listed our building up for sale, as she hoped to find a buyer who would be willing to put the hard work to keep business running. While Mrs. Davis was waiting for a buyer, she still worked hard to maintain the building brand new. In 1975, she hired a local roof business, owned by David Kilroy, to maintain her roof. During one of their shifts, Kay brought up a bucket of beer for a complimentary refresher to Mr. Kilroy and his team. She stuck around to chat with the workers, which is when David found out the building was up for sale and got excited about the idea. 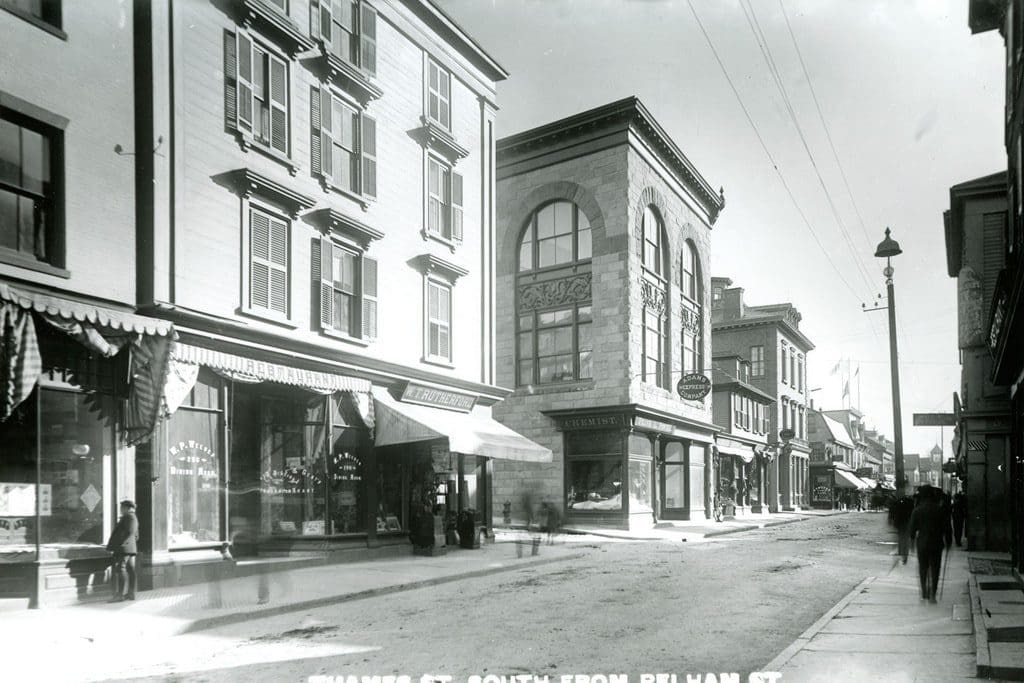 AND SO IT ALL BEGINS…

Coming from a family of entrepreneurs, David Kilroy knew he couldn’t let this opportunity pass. In the hopes of finding a trusted partner, he shared the business opportunity with his brother, Gary Kilroy, who was living in Florida at the time. Unsure of what the future held, they embraced the opportunity and on July 22, 1975, One Pelham East was officially born. Little did they know, that, a couple of years down the road, they would be a part of history as a landmark for the best live music in Newport, Rhode Island.

The following year of 1976 was a memorable experience for Newport. It was the United States Bicentennial celebration, which brought a tremendous outburst of old ships from all over the world. The main streets were filled with live music as town closed traffic access as people were walking, dancing, laughing, and having the time of their life. Being located on the main Thames street of town, One Pelham East was in the center of this historic time. When asked about the Bicentennial, Gary Kilroy says “It was such a wild time in Newport. Music was playing everywhere. Sailboats were all around the harbor. The National Guard had to direct traffic. People were walking in the middle of the streets. Our bar was filled with sailors from all over the globe, who partied with us until 2AM… it was quite memorable to be in the heart of all of this”. This traction of events brought a much needed boost to our local economy.

In 1980, One Pelham East became the drinking headquarters for the french crew who was in town for the America’s Cup. “They were great partiers” Gary K. tells us. “We had a magnificent party for the French crew on July 14, 1980. Even the mayor was present. It was quite the event”. This party brought the French to the streets of Newport as their soldiers were marching down thames street celebrating with their French flag, “they were totally disregarding traffic rules” Gary tells us as he recollects this big event we hosted for France.

The America’s Cup was held in Newport 12 times from 1980 to 1983, which was the year we lost the cup to the Australians. Even though it was the end of America’s Cup in Newport, it was only the beginning for the success of One Pelham East in town. During that same year, we became the homebase for the British as their Victory Center, and became known as the “Victory Club”. During this time, we welcomed Prince Andrews and the famous businessman Peter de Savary through our doors, who stopped by our bar for a great night out in town.

As the years have gone by, the Kilroy’s have passed on their business to Gary’s son, who has brought a fresh set of eyes to his family business. He has renovated the building to include the most up-to-date equipment, while maintaining the historic charm of the venue. One of his main accomplishments has been the launch of a brand new third floor area, the Top Of Pelham, which is home to the only event space in town featuring a dueling piano’s show. In Gary’s own words, his son has done “a great job revamping One Pelham from just a casual bar into a renowned music venue”.

Today, One Pelham East and the Top Of Pelham continue to write history in Newport, Rhode Island, as the best alternative event space in town, offering our guests an opportunity to experience the old and the new, right here in the heart of the town.